Why are narcissists more physically attractive?

Although most people probably don’t consider narcissism or psychopathy desirable qualities in either their friends or romantic partners, many of us are mysteriously drawn toward people with these personality traits. Mean girls are often the most popular ones at school and vampires are sex symbols. Recent research has found that people with so-called “dark” personality traits are more physically attractive than others. What is it about dark personalities that make them so appealing? The answer may help us understand what makes people with these personality traits so successful at exploiting others. Nicholas Holtzman and Michael Strube of Washington University in St. Louis were interested in looking at the relationship between physical attractiveness and people’s tendencies towards narcissism, psychopathy, and Machiavellianism. They wanted to find out whether these three traits, referred to as the “dark triad,” are associated with a greater ability to successfully enhance one’s physical appearance. To test this idea, they invited 111 college students (64 percent women) into their laboratory. Each student was photographed soon after they arrived. Then, after taking this initial photograph, each student asked to change out of their own clothes and put on a pair of gray sweatpants and a t-shirt. Women were instructed to remove any makeup, and anyone with long hair was asked to pull it back into a ponytail. The students were then photographed in this more natural state. Holtzman and Strube showed both sets of photographs to a group of strangers who rated them in terms of physical attractiveness. By comparing the attractiveness ratings of the dressed-down and dressed-up students, the researchers were able to determine how much each student was able to make themselves more appealing through flashy clothes, makeup, accessories, etc. Next Holtzman and Strube assessed the students’ personalities and their tendencies towards narcissism, psychopathy, and Machiavellianism. They asked the students to rate themselves and to provide email addresses for a few of their friends so that the researchers could ask them to provide ratings as well. This combination of self and peer ratings was used to calculate a final set personality scores for each student. Furthermore, the students’ ratings on narcissism, psychopathy, and Machiavellianism were combined into create a composite “dark triad” score. The dark triad score was positively correlated with their “dressed-up” attractiveness – a finding that mirrors previous findings. However, the dark triad score was not related to ratings of physical attractiveness in the dressed-down photos. In other words, people with dark personality traits are not seen as more physically attractive than others when you take away their freedom to wear their own clothes and makeup. People with dark personalities seem to be better at making themselves physically appealing. The findings reinforce previous research showing that narcissists are more popular than others, literally at first sight. Mitja Back and Boris Egloff of Johannes Gutenberg-University of Mainz along with Stefan Schmukle at Westfalische Wilhelms-University of Muenster conducted a study in 2010 where they collected information on students’ personalities and then had them briefly introduce themselves to one another. After these brief introductions, the students filled out surveys asking about the first impressions made by each other. Students scoring higher on narcissism were seen as more likeable. People perceived the narcissists as more likeable and found that they had flashier appearances, more confident body language, and more attractive facial expressions. Together with Holtzman and Strube’s findings, this suggests that narcissists are more skilled at carrying and presenting themselves in a way that immediately impresses others. This is yet another reason why it may be important to take your time in forming judgments when you get to know someone. The initial appeal of the narcissist or psychopath may be hard to resist. Physical attractiveness is often automatically associated with a host of other positive traits – a phenomenon known as “the halo effect.” When we perceive someone as physically attractive, we automatically assume they are also kinder, smarter, and more confident. Therefore, creating a physically attractive veneer is a highly effective way of creating an advantageous first impression. Combining physical attractiveness with confidence and humor is even more effective, and it appears that people with exploitive personalities are more successful at this as well. The more humble among us can take heart in knowing that despite these initial advantages, narcissists’ popularity tends to decline over time. The process may take several weeks, perhaps because people with dark personality traits are skilled at keeping their unsavory side hidden. However, since the hallmark of these personality traits is interpersonal exploitation, it is only a matter of time before those closest to them get wise to their ways and start to avoid them. When it comes to long-term relationships, either in fiction or reality, most people shy away from those with dark personality traits. Maybe that’s why in order to sustain our interest over multiple books or movies, that alluring vampire or villain needs to have a heart of gold. Written by Daisy Grewal http://www.scientificamerican.com/article/psychology-uncovers-sex-appeal-dark-personalities/ 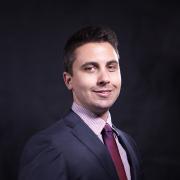